Praise the Lord for His “Grace upon Grace”!

We gathered at the Hope Centre in the morning for the church’s 20th anniversary celebration service. After the showing of the 30 second video opening and greeting each other, the praise and worship team led the congregation into a praise and worship session.

It was followed by the testimonies given by Sister Penny from SD3, Sister Darhyll from SD1 and Sister Venisa from SD5. Sister Penny shared how she experienced God’s grace in the accident which caused her a long-term back injury. God strengthened her faith despite the apparent difficulties with the support of brothers and sisters. He changed Sister Penny’s life by leading her to start praying with her brother for the salvation of her family. In the workplace, she received extraordinary understanding and treatment from her colleagues even though she could not work properly due to her injury. She shared her hope with the congregation to be completely healed by the Lord and to dance to praise and worship the Lord.

Sister Darhyll shared that she was touched by God’s grace that He blessed her in the workplace by giving her an excellent employer. Also, the Lord blessed her family by converting her father, and even at his father’s death, the relatives did not object to the holding of a Christian funeral. The Lord even blessed her and gave her the chance to go back to the Philippines on the mission trips to bless her own countrymen. Praise the Lord for His wonderful work!

Sister Venisa shared that God’s wonderful grace saved her father’s life from stroke and rescued his soul. Further, she shared with the congregation that she was touched by the Lord’s grace by transforming her character from a shy person to an active evangelist. Praise the Lord for His wonders!

After the touching testimonies, sisters from the Filipino group showed the congregation a powerful dancing performance on how God’s indescribable grace saved our lives and souls.

Pastor Gavin then shared with the congregation the sermon based on John 1:16-17 about “”Grace Upon Grace””. Pastor stressed to the congregation that the grace of the God of forgiveness and eternal lives is given unconditionally to those who took the leap of faith to receive Jesus Christ as their personal saviour; such grace cannot be earned by the deeds of human beings. Pastor reminded us that we should see things from God’s perspective rather than human beings’ in order not to undermine God’s beautiful will in His Words. He further shared that the original intention of the Lord of giving Moses His commandments was to bless His beloved people and to allow them to live in true freedom. He encouraged us to grasp God’s will in our lives to capture the signs of His will. Moreover, he consolidated the message by reminding the congregation that the knowledge of the commandments and about the Lord’s grace could not give us the power to be transformed and obey God’s teachings – Only Jesus Christ can give people power to be transformed because He came and died on the cross in order to live in our lives and be the power source of our lives to live the lives under God’s will.

Praise the Lord! Six people responded to the call and accepted Jesus as their personal saviour in the service.

After the service, brothers and sisters prepared themselves for the celebration banquet in Kowloon Bay that evening. The dress code for the evening’s banquet was “”formal & shinning”” – brothers and sisters dressed in their best outfit to enjoy the joy and memories for God’s grace over the past 20 years upon the church. During the event, brothers and sisters enjoyed the performance from different sub-districts on their hope on how God’s grace will bless the church in the future. SD3’s performance, “”Youth Change the World””, won the performance prize of the year. On the other hand, SD1 won the best of the best awards for the attendance goals of the year. Congratulations to the sub-districts for the awards and thank God the His wonderful works on our teams!

Then the Pastoral team and the FGM team gave the toast to start the banquet. During the dinner, Pastor Gavin Toh shared with the congregation the new logo of our church – which symbolizes, amongst others, the Holy Trinity nature of God, and the mission orientation of the church to preach the gospels all over the world.

Praise the Lord for the wonderful anniversary celebration of the church and may His grace continue to bless the church in the coming years! 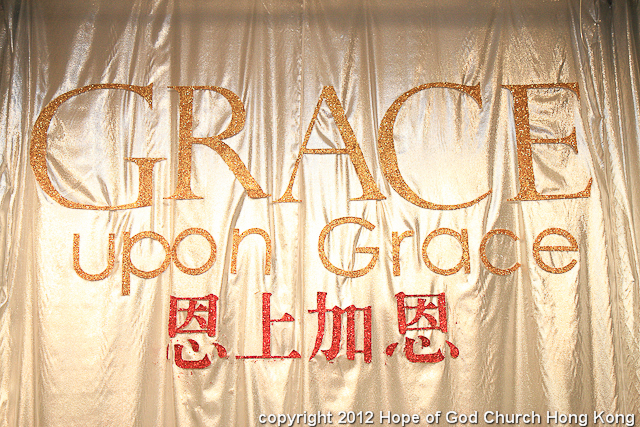 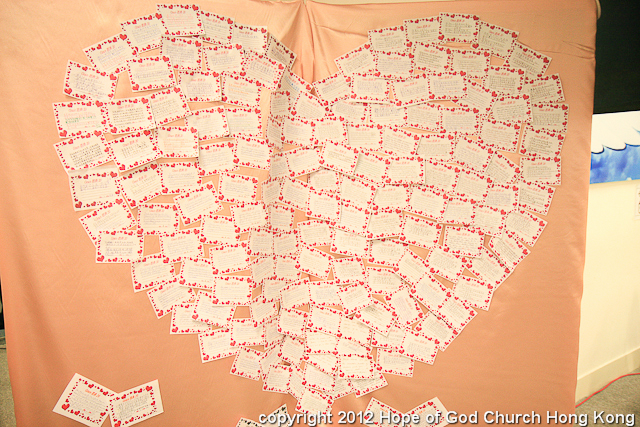 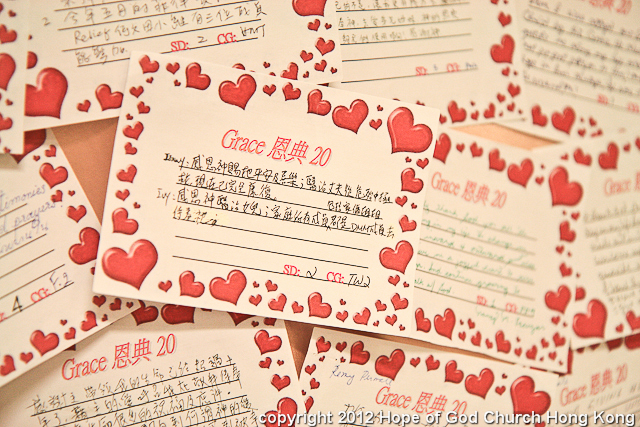 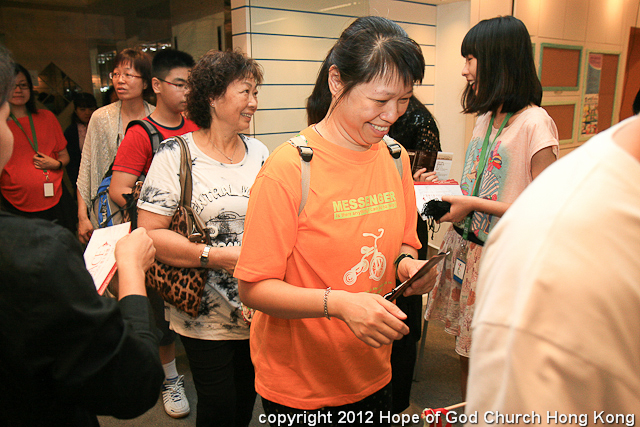 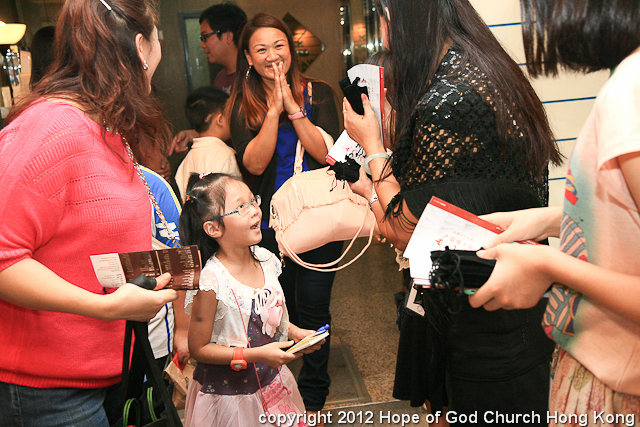 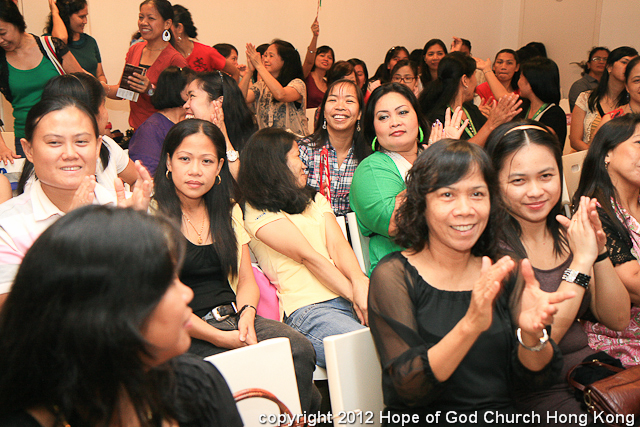 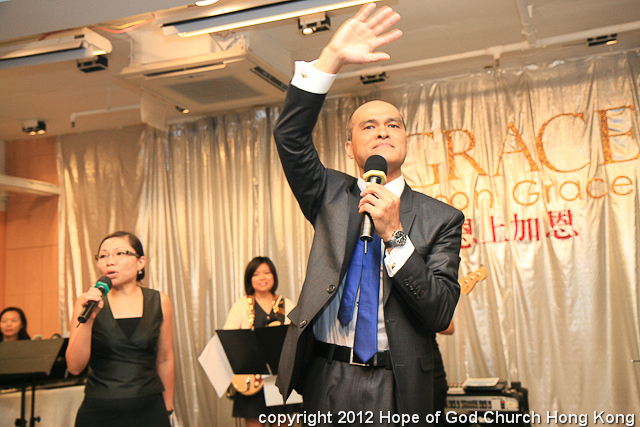 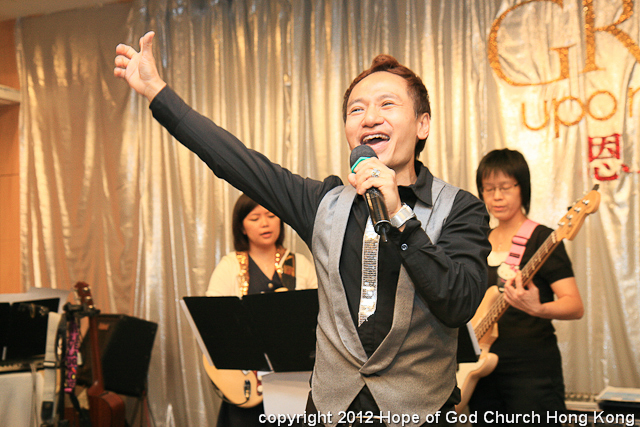 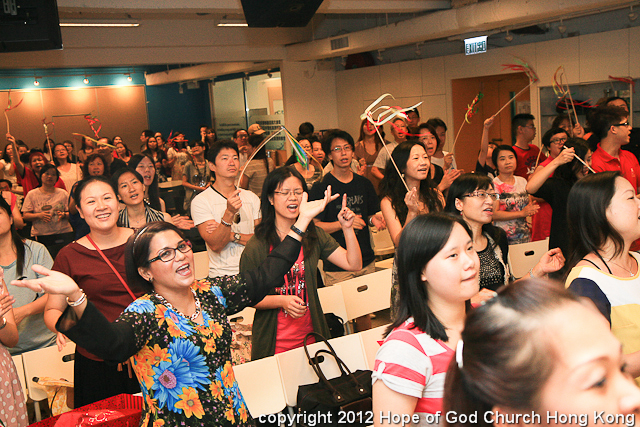 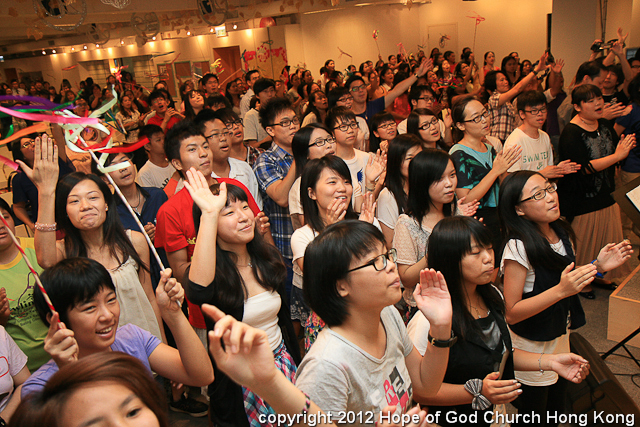 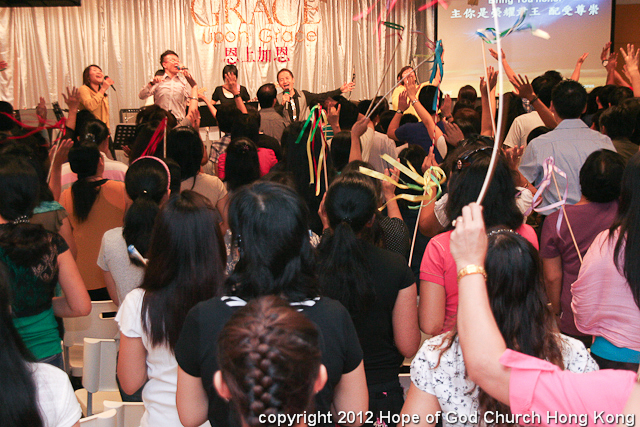 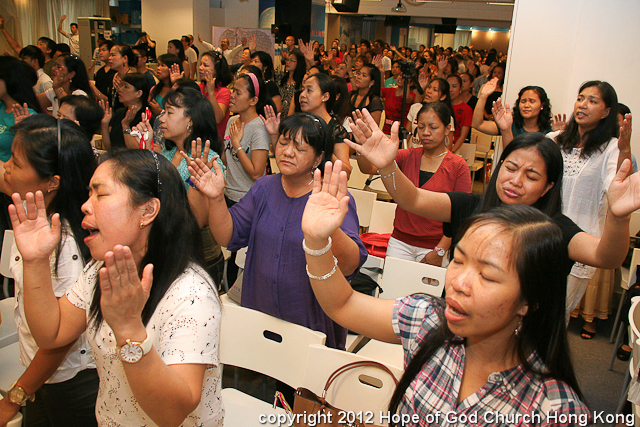 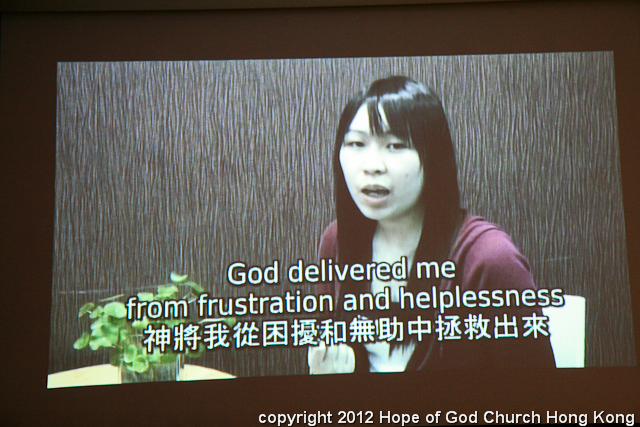 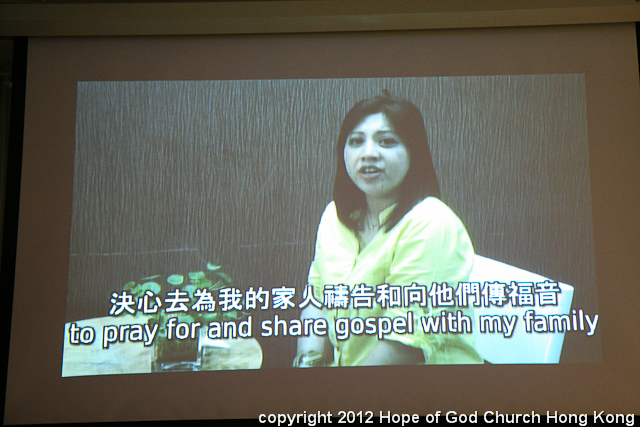 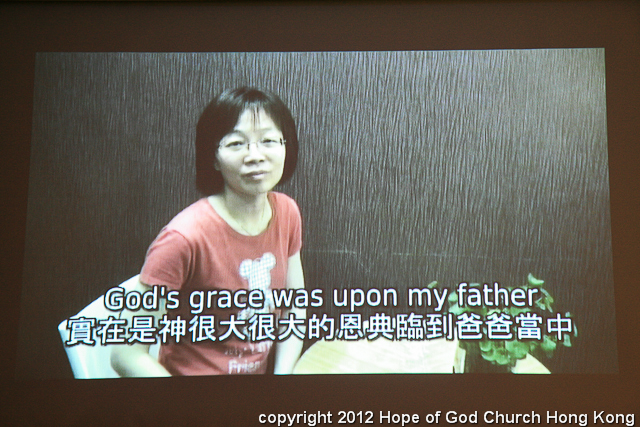 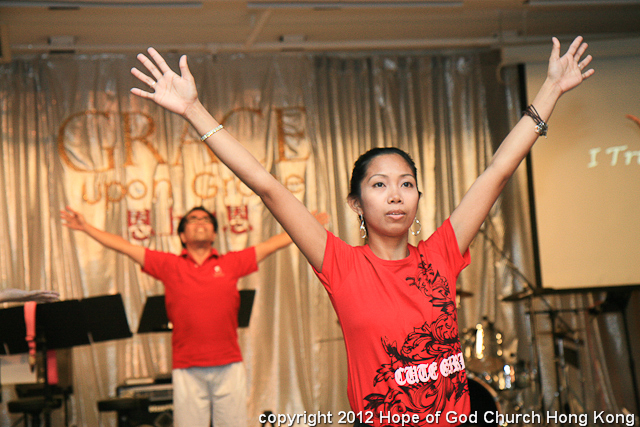 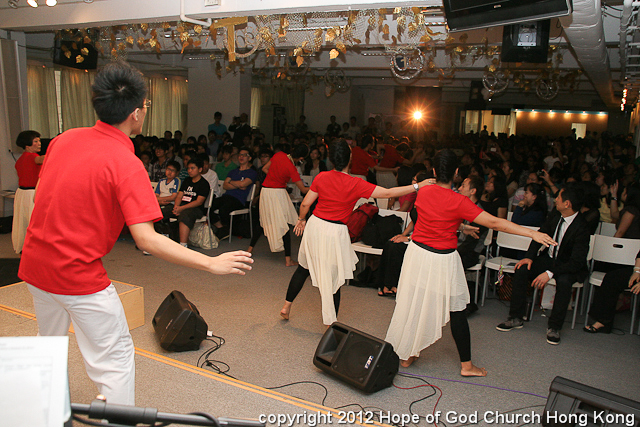 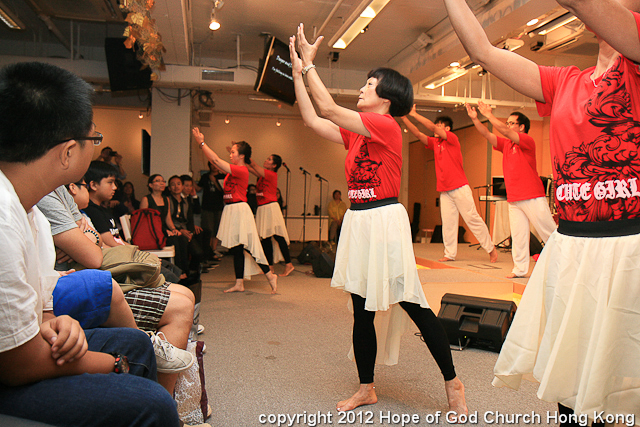 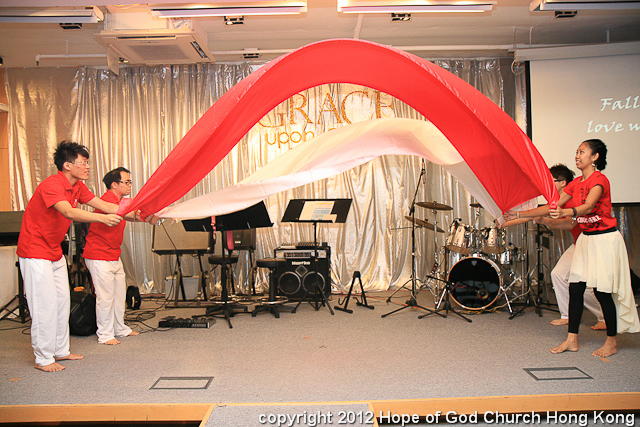 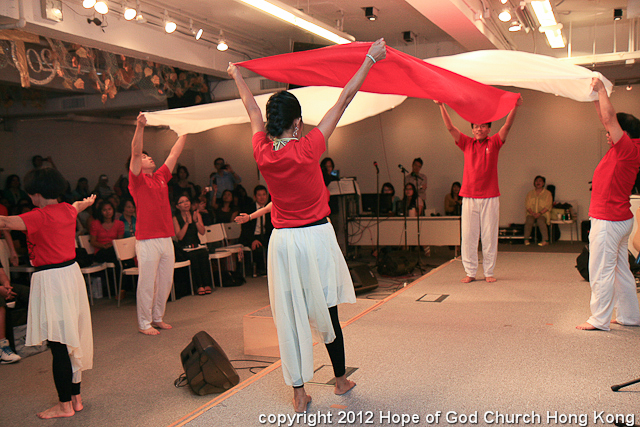 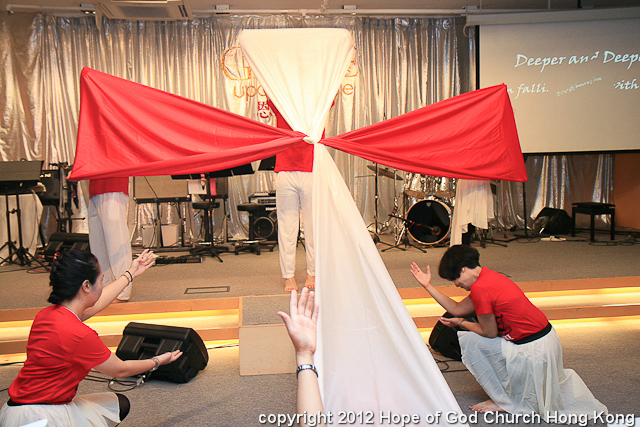 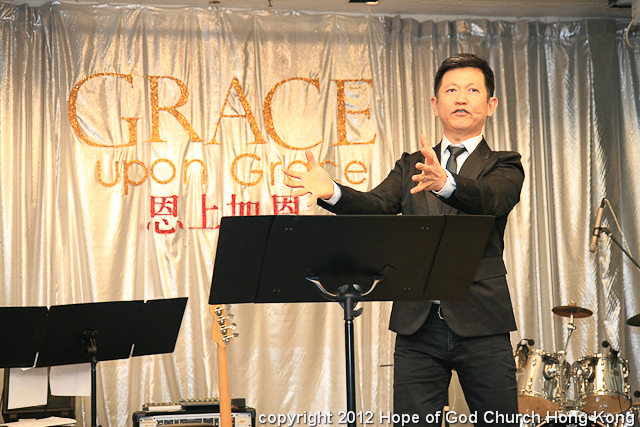 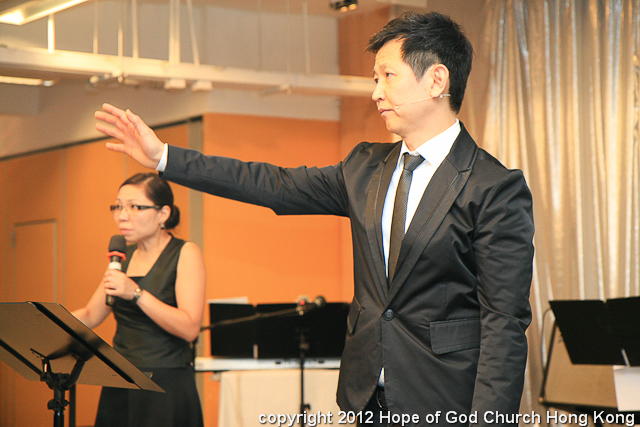 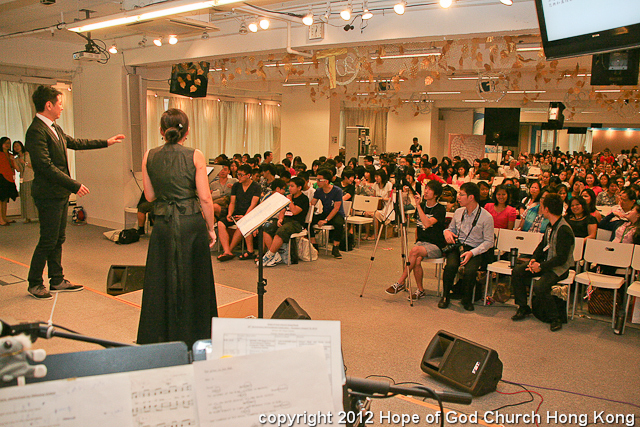 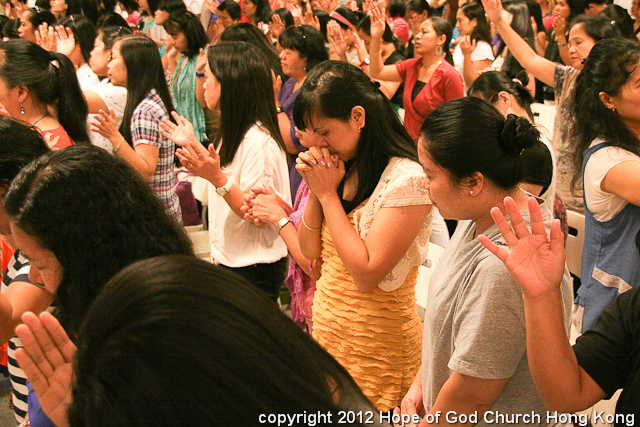 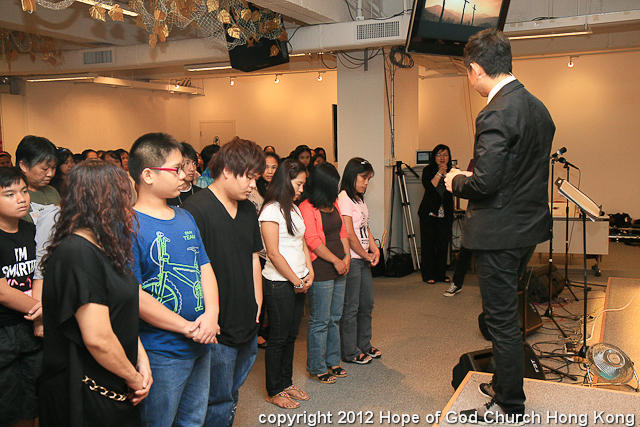 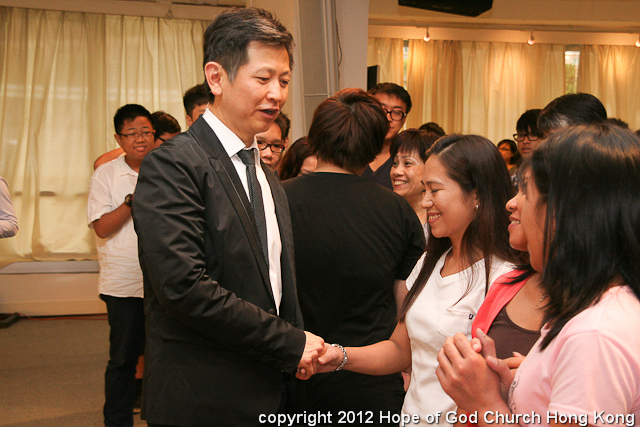