Praise the Lord for our 20th anniversary Basketball Cup!  It was an exciting afternoon at the Tsuen King Circuit Sports Centre. After Pastor Gavin led the congregation in the opening prayer, the games were on!

First up were our brothers and friends from SD3 and SD5.  Both teams strived to play their best for God.  In the end, the youthful guys from SD3 made good use of their advantage and secured a win with a score of 19:1!

During the interval of the first game, the cheering team of SD1 performed a powerful cheering routine, which showed their love for God and their great team spirit!  Praise God for the faithful Filipino sisters!

Next up was the first female game between the Thai and Filipino Sisters from SD4 and SD1.  It was a really engaging game!  In the end, the Thai sisters secured a 6:3 win!
SD2 gave their cheering performance during the interval.  They danced cheerfully with a lovely song and ended with a highly difficult pose!

Then it was a match between the guys from SD2 and SD3.  It was exciting! With only a couple of minutes left in the game, SD2 only had a 1 point lead at 6:5 after a nice shot from Brother Jack.   However, in the nick of time, SD3 managed to turn the score into 7:6 just before the whistle blew!

The next female game was a tough one for SD3.  One of their key players was injured in the 1st half while SD2 + SD5 was in the lead!  Praise God for the unity and spirit in SD3!  While the others played on with their best efforts, the cheering team cheered for them to glorify God despite the circumstances.  It was a touching moment.  The outcome of the game really did not matter, as God has been glorified! Amen!

SD3’s cheering team also gave a great performance during the interval to cheer up all of us.  There were humorous moments as well.  Praise God that our young brothers and sisters are really talented in dancing!

The next male game was between SD2 and SD5.  It was a great game played by SD2 who won and secured a place in the final. The SD5 guys also showed great sportsmanship.  Praise God!

During the interval, the SD5 cheering team gave an amazing performance!  Especially the 8 year-old little sister Samantha who led the dance – she was a star!  Everyone enjoyed the performance thoroughly.  Praise God for the efforts put in by the dedicated brothers and sisters!  In the end, they deservingly won the cheering competition!
Then it was time for the finals! In the female final between SD4 and SD2+SD5, both teams played really well and showed great team spirit.  In the end, SD2+ SD5 was the champion! Congratulations girls!

The male final immediately followed.  It was the climax of the evening!  As SD2 and SD3 are of equally high standard, the game was as exciting as watching an NBA game.  The scores were really tight and they were tied at 7:7 at half-time!  At 2 minutes before the end of the game, the scores were still tied at 11:11!  Then at a critical moment, SD2 had the chance to score from a penalty! Everyone was anxious to see if the tie could be broken – but both shots did not go in! The teams played on with their very best until less than half a minute before the whistle blew – SD2 had another 2-shot penalty!  Everyone held their breath, and when the ball went through the hoop – the audience exploded!  In the end, SD2 won the game by just 2 points at 13:11!

A big congratulations to the winners, and praise God for a great kick-start of the anniversary celebrations! 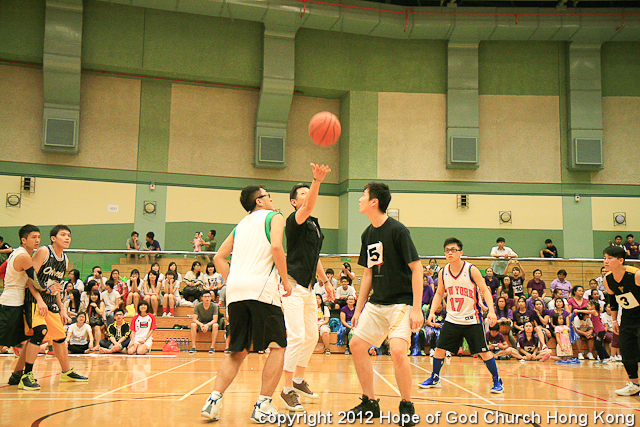 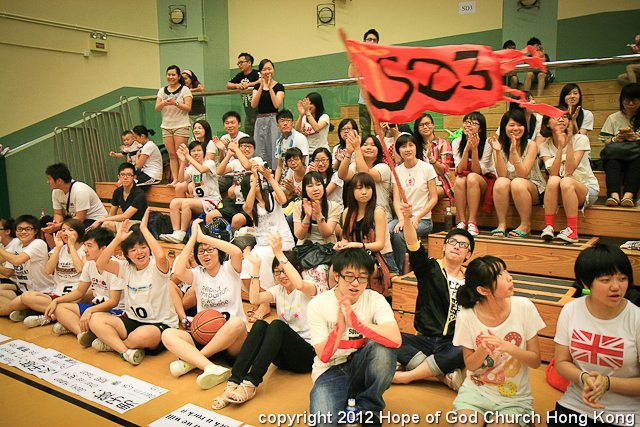 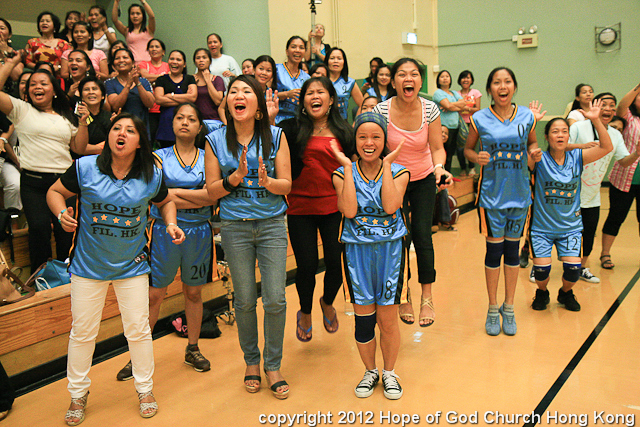 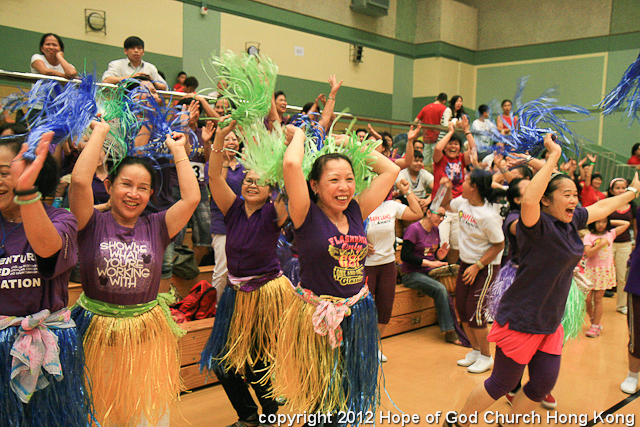 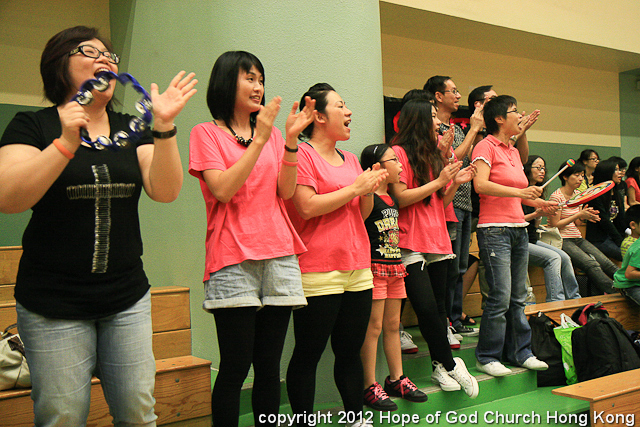 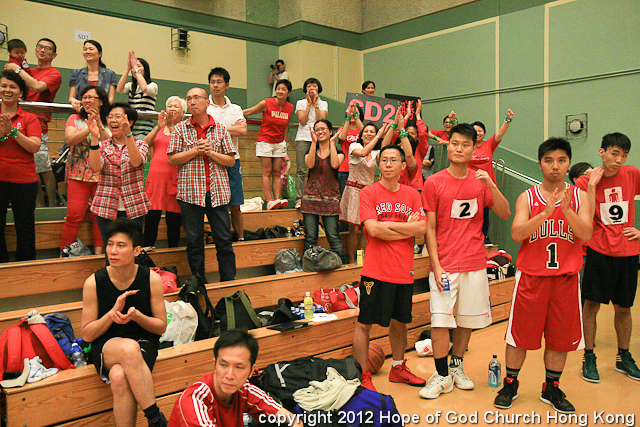 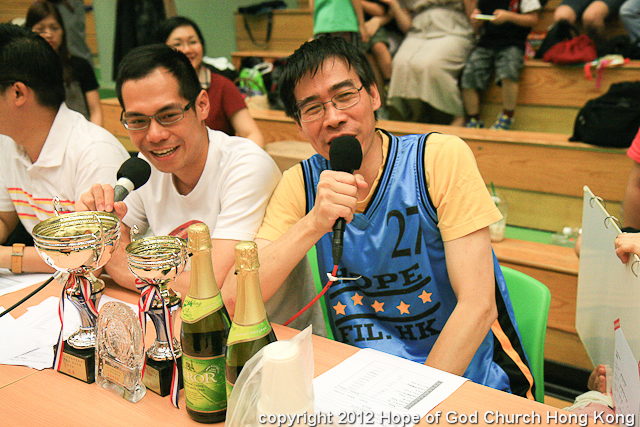 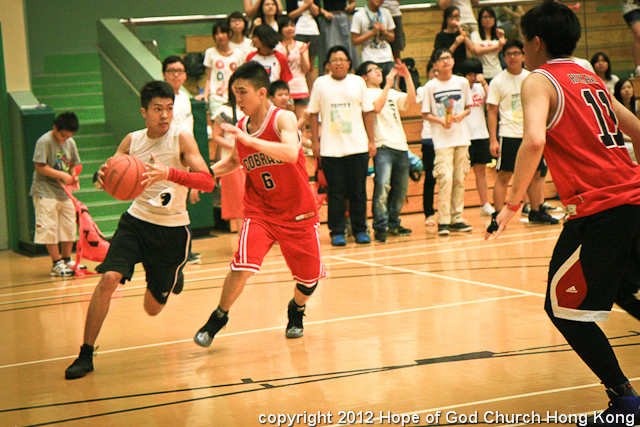 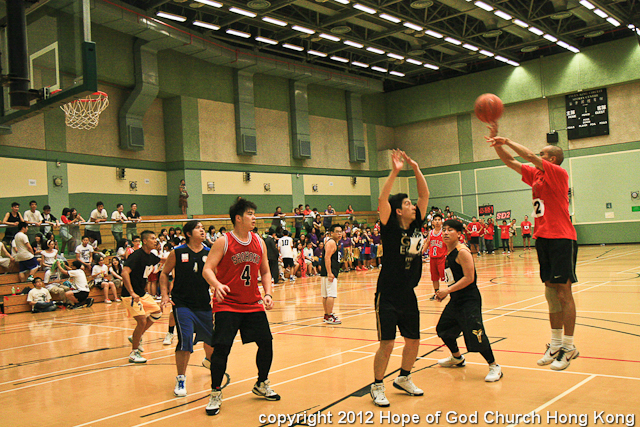 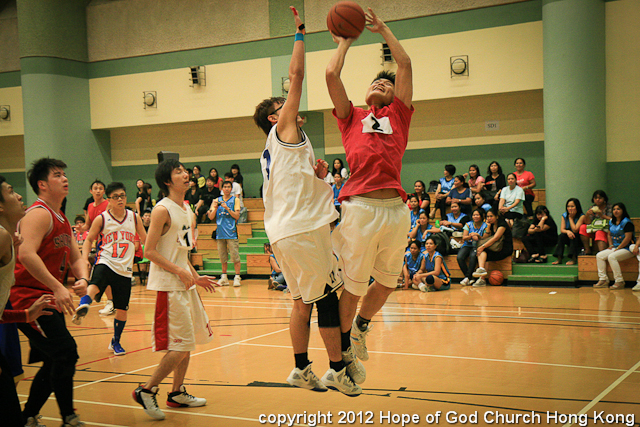 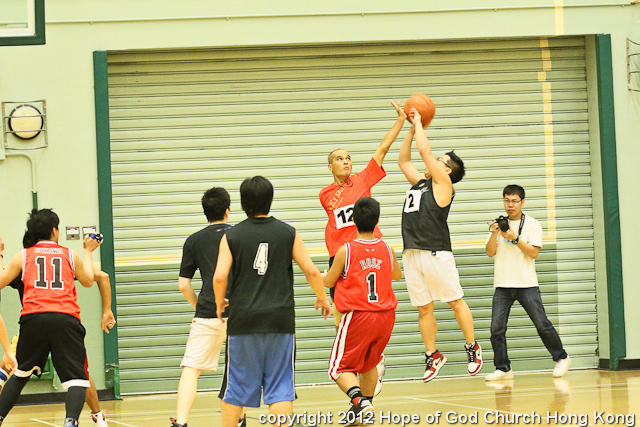 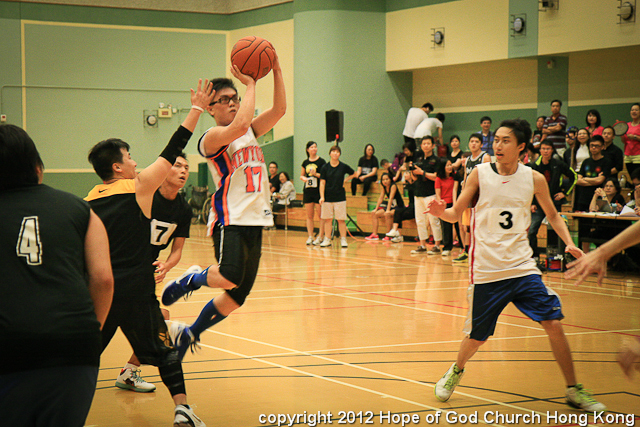 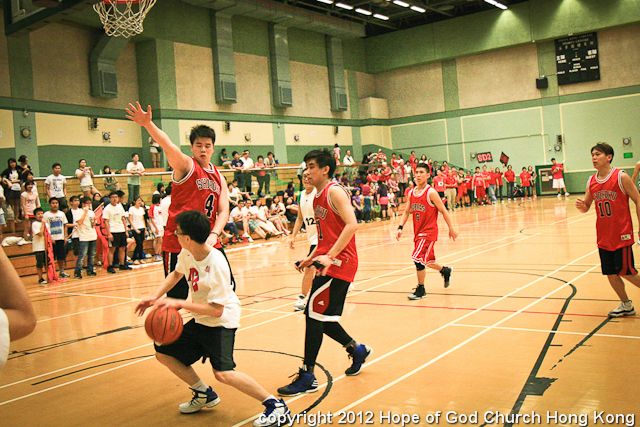 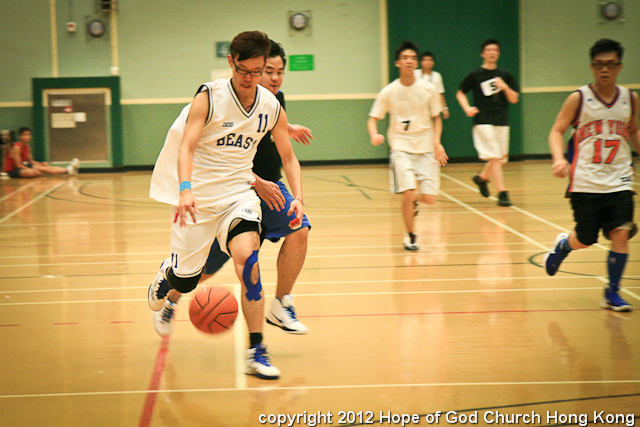 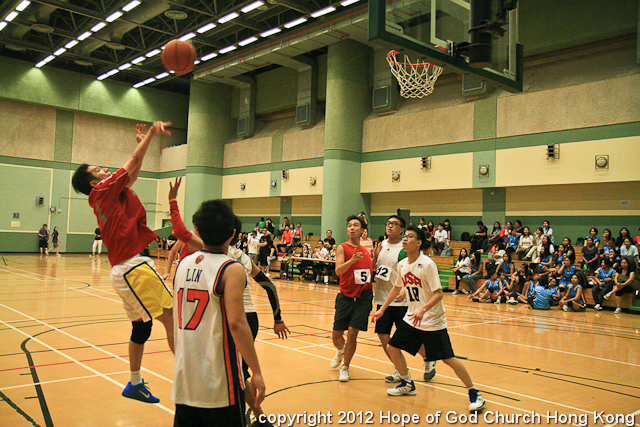 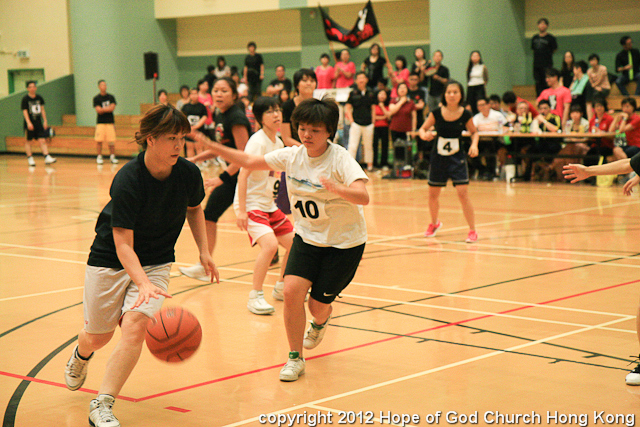 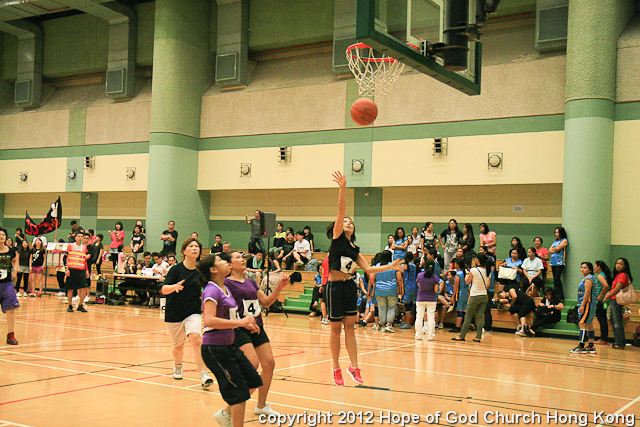 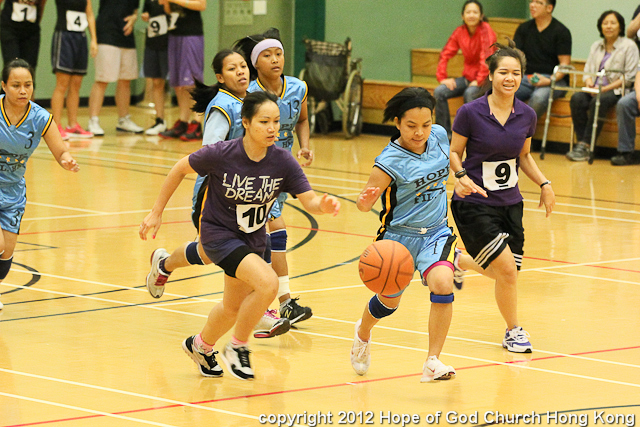 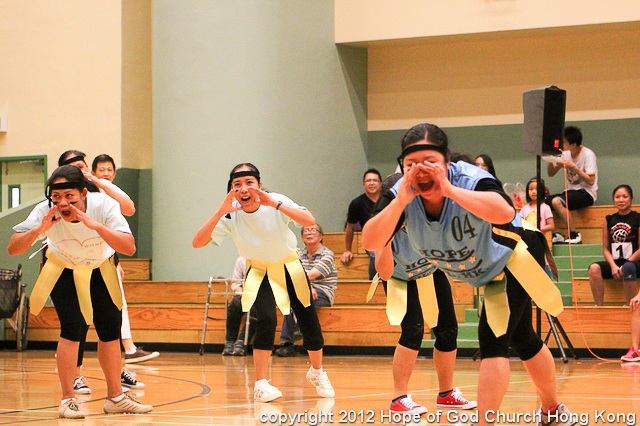 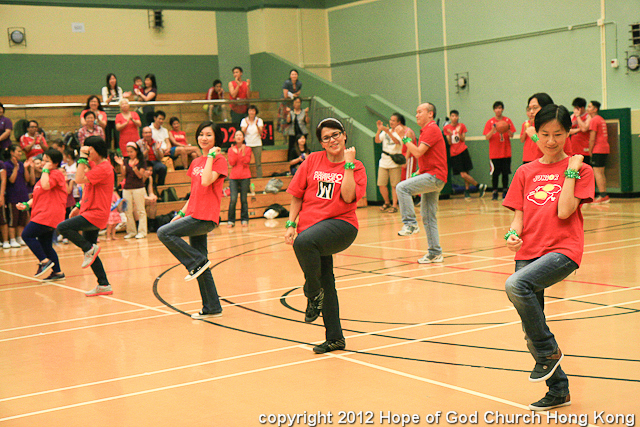 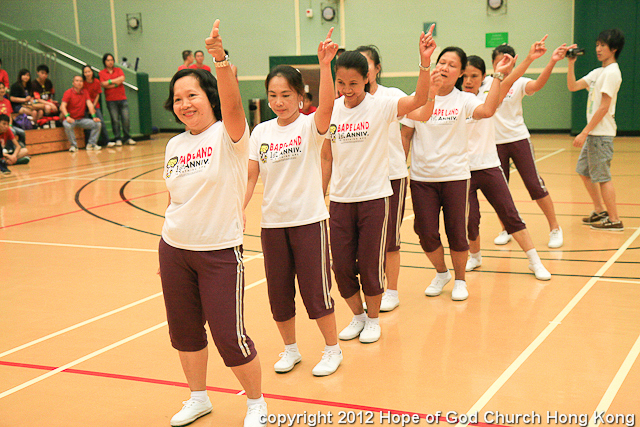 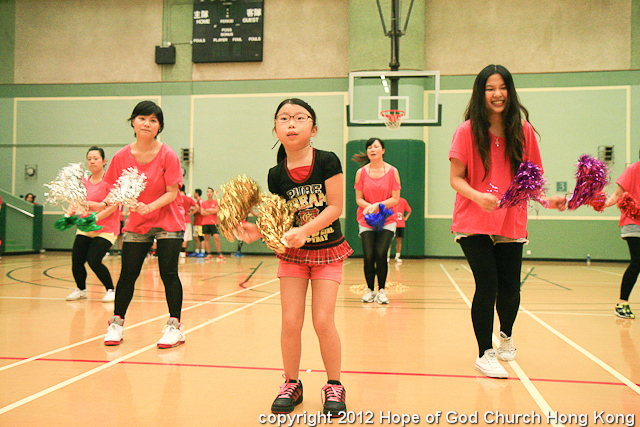 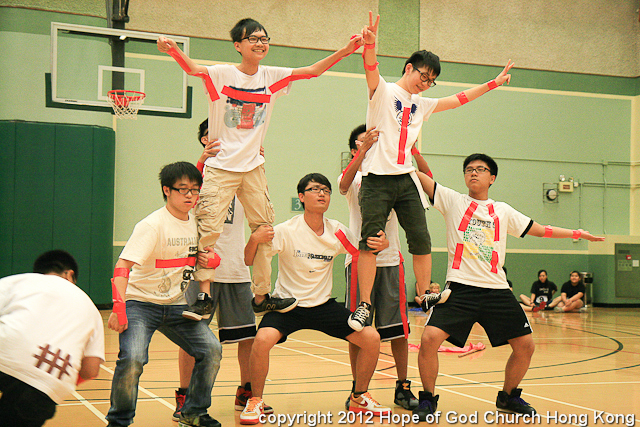 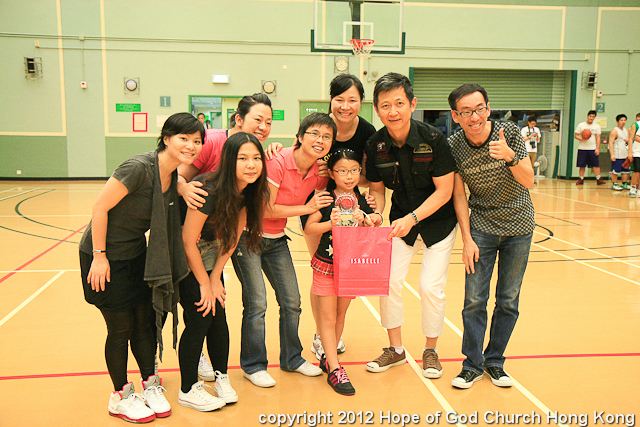 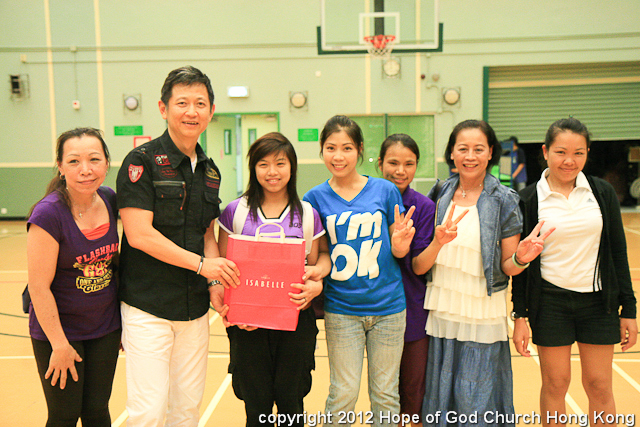 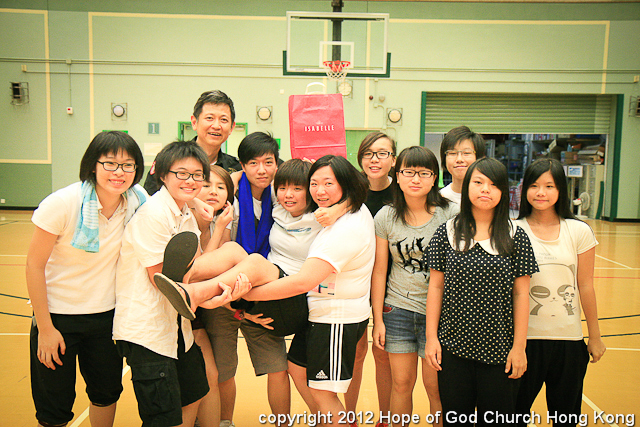 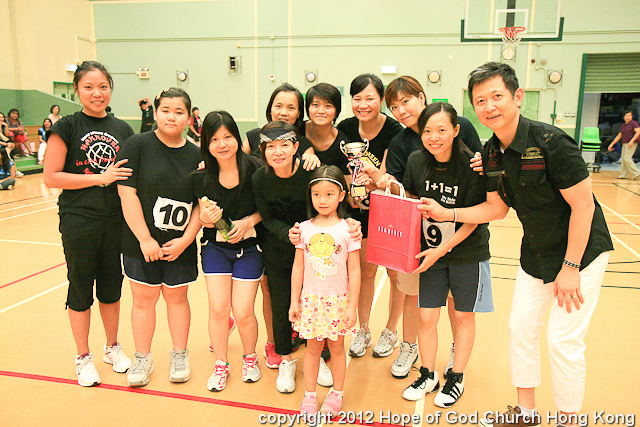 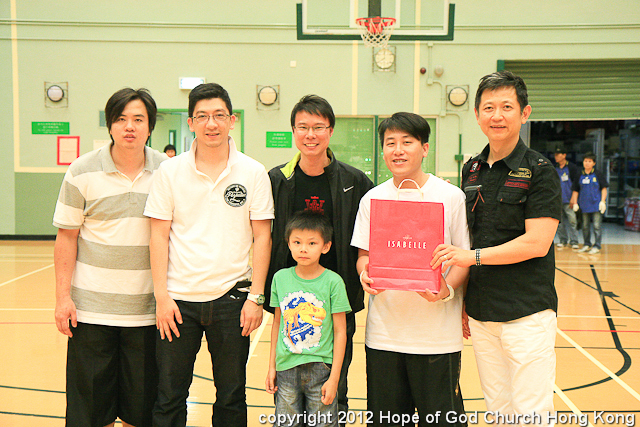 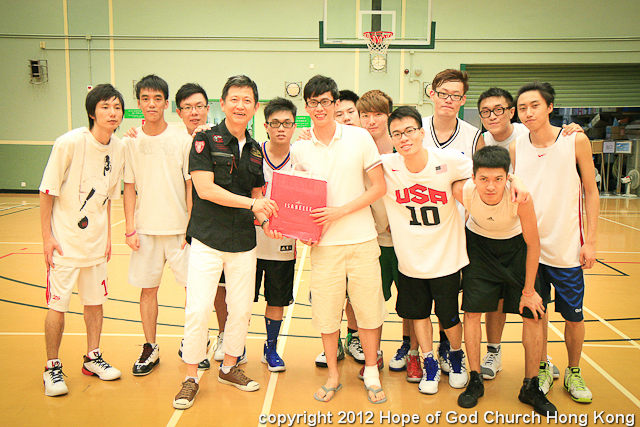 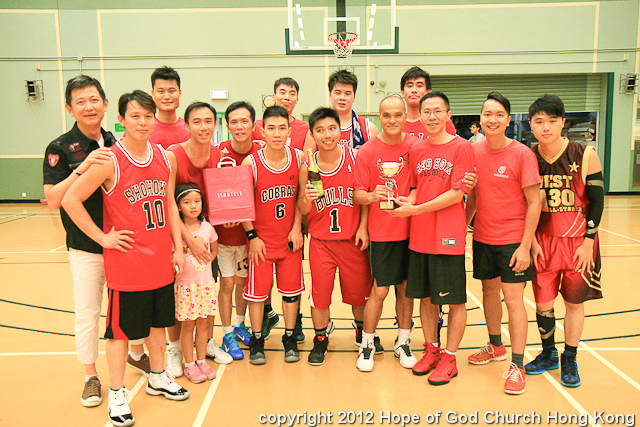